Excursions and places of interest near Gabicce Mare

Gradara is an old fortified town on the border between the Marche and Romagna regions, only a short way from Cattolica and the sea. It is set amid gently rolling hills. It is well known for its Malatesta Fortress which is open to the public and contains an armoury, a torture room, a chapel and a number of rooms with original 15th and 16th century furniture. 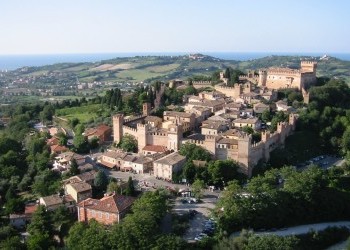 The State of San Marino is the third smallest country in Europe and the oldest Republic in the world. San Marino, located on the sides of mount Titano coins its own money and issues its own postage stamps. It has a soccer team and an army. Not to be missed are the three fantastic fortresses linked by a walkway to the town below, surrounded by three walls. The views from the top of the mountain are breathtaking and unforgettable and stretch from Emilia Romagna and the hills of the Marche and Montefeltro as far as the Adriatic sea. 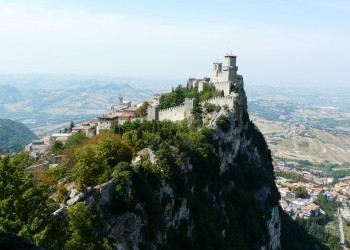 Located at an altitude of 485 metres, Urbino has maintained its reputation as an art and cultural centre through the centuries. Its Renaissance heart is the Ducal Palace, symbol of the city and now home to the Marche National Art Gallery which contains several masterpieces by Piero Della Francesca and Titian. Other points of interest are the Home of Raphael, in which the artist was born and where one of his early frescoes can be admired, which contains 15th-cent. environments and furnishings, the Cathedral, in neo-classic style, the University Building, and the churches of San Domenico, San Francesco and San Sergio. 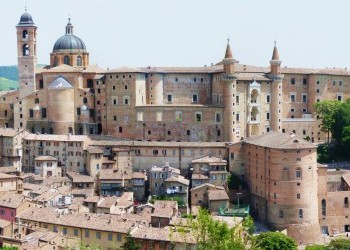 In the Val Marecchia, about 30 km from Rimini, on an enormous rocky outcrop and reachable by means of a single road cut out of the rock, stands San Leo. On the highest part of the rocky spur is the mighty Fortress, enlarged around 1600 and used as a prison. Many famous people were imprisoned here including Count Cagliostro and Felice Orsini. The views from San Leo are among the most beautiful and characteristic of the region and stretch from the surrounding mountains along the Marecchia valley down to the sea. 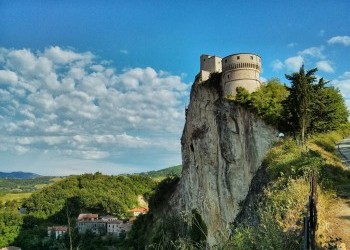 The Frasassi caves are located inside the Gola della Rossa and Frasassi regional nature park, in the province of Ancona. This underground cave complex is 30 km long and is one of the biggest and most fascinating in the world. These karst caves were discovered in 1948. Cave tours are available for everyone or else you can experience all the excitement of a speleological tour. 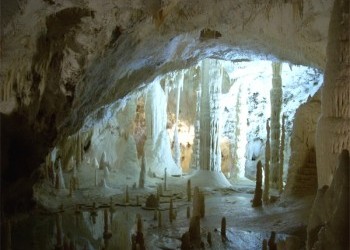 A holy shrine visited by millions of pilgrims ever since the middle-ages. The great Basilica contains one of the most important relics of Christianity, the Home of the Sacred Family of Nazareth, where Jesus was born and lived until he was thirty.